In 2012 the Radio Society of Great Britain (RSGB) approached me to build a web-based application to manage and score thousands of contest entries for the Islands on the Air (IOTA) Marathon, a time-limited Ham Radio competition taking place across 2012-2013. The application handles radio log file uploads from users, parsing the log entries and applying the competition scoring rules.

This is still a current project with work in progress but the site is now taking beta-tester feedback with a view to rolling out in the next few weeks.

In 2010 Fr. John asked me to build a new website based on the content from a new parish handbook recently collated and published. Most of the content of the site is based on that handbook but the site also provides user accounts for editing content, a basic search engine which indexes the site's HTML, PDF and DOC documents and a basic WYSIWYG content management system (CMS) to allow content and newsletter updates.

I was approached in 2009 by Nigel, the DDRPC secretary, to refresh the club website which was originally set up in 2000. The site now integrates event fixtures, club news, maps, email and various other Google Apps. Apps was chosen for hosting due to the light usage of the site and the ease of management for other club members.

The team at Oxshott Sports approached me following a referral. I provided website refresh, optimisation and integration with Google Apps together with ongoing hosting and support. Care was taken to transfer the domain services with minimal disruption and the site is now undergoing a makeover including the introduction of new and exciting features. 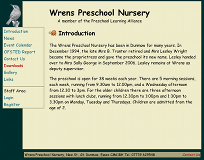 The Wrens Preschool is a preschool nursery in my town. Sally asked me to produce a site to enable more communication with staff and parents. The basic site was constructed quickly and as part of Sally's ongoing studies. Enquiries from prospective parents have risen considerably since the website went live. 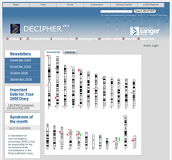 The Database of Chromosomal Imbalance and Phenotype using Ensembl Resources is a great web application and database using specialised, clinical and cytogenetic crowdsourcing to generate a source of reference data for rare cases which is greater than the sum of its parts. One of the first projects at the WTSI involving patient data DECIPHER has already proved crucial to the identification of several new syndromes by combining expert phenotype classification with arrayCGH observations.

DECIPHER isn't strictly a psyphi.net production but I provided all initial development, ran the team for several years and continued to provide consultancy after I left the institute. DECIPHER was refactored in 2008 to use the ClearPress framework.

Hi. Welcome to my site. My name is Roger and I'm a web application developer and systems architect. I have particular interests in terascale computing, rapid development, automated testing, elegant code and the web in general.

By night I write web applications, build web sites and run my own little ISP and PC support company for a small but growing group of clients.

By day I work as Director of Informatics for a fantastic biotech startup called Oxford Nanopore Technologies. I spend my time managing a dedicated team of software developers, IT administrators, bioinformaticians and computational biologists and when I have a moment, developing and running the high-throughput, laboratory pipeline controlling automated analysis of sequencing experiments.

Before that I spent 10 years running the web- and terascale "next-gen" sequencing teams at the Sanger Institute in Cambridge, well before "scaling" became fashionable. There I had the pleasure of working with some great people on some tremendous projects - Ensembl, COSMIC, and DECIPHER to name a few.

The Sanger Institute is one of the largest publicly funded research institutes in Europe with a truly massive compute facility. In my time as developer, senior developer, then manager of the web team I enjoyed growing the institute's public service architecture to support more than 15 million hits a week, mostly dynamic, database-driven, scientific content.

I love coding in Perl and Javascript. I've been developing web content since starting my degree course in 1995 and generally mucking about with computer- and radio technology since I was about 10 years old.